The Provincial Singles Championships concluded on July 15 already!  Before sharing photos of the winners I extend a thank you to the many markers that helped keep the games rolling for the players.  Members from Royal and the Highlands clubs helped round out the many that helped from the Commonwealth club.  Also a thank you goes out to the those that helped provide the meals and snacks during the weekend.

And now presenting the medalists all going on to represent AB at the Canadian Singles Championships to be held later in August in Regina: 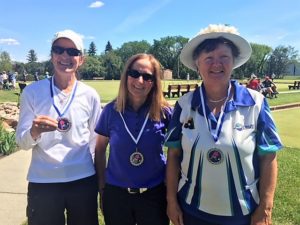 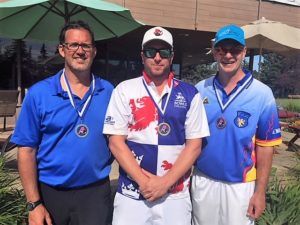